‘I feel hope when I talk to you’: How a Legal Aid paralegal helped a struggling Grand Island woman with more than just a bankruptcy 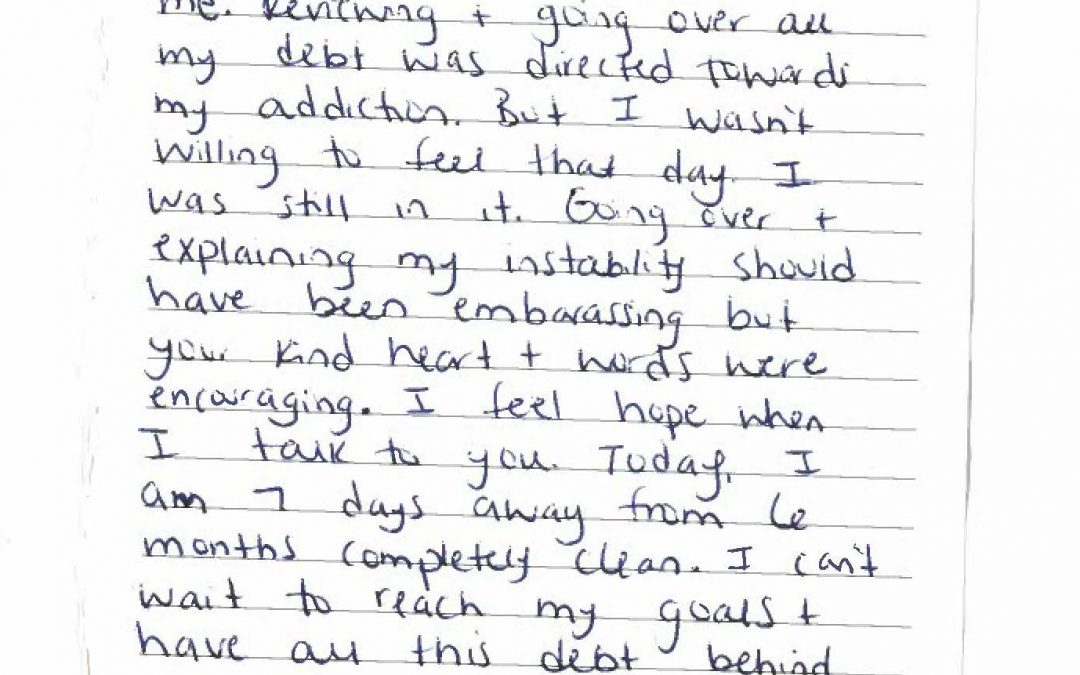 In the final months of 2019, Breanne Crow was struggling to stay afloat. She couldn’t afford to pay rent, had moved several times, and kept going deeper into debt. As a self-described addict, Breanne had worked hard to get sober, but that required funds that she didn’t have.

“Addiction and debt go hand in hand,” she said. “If someone goes to detox and says, ‘I don’t have insurance,’ then they say, ‘Just worry about it later.’ You start to build that (debt), and it just happens so fast.”

She began to piece her life together, but that debt hovered over her.

Breanne also received injections for her mental health, but because of insurance issues, she wasn’t able to receive her treatment, and she relapsed on her sobriety.

But even amidst the chaos, Breanne never gave up on a more stable life. She contacted Legal Aid of Nebraska through the AccessLine® for help in filing for bankruptcy. The call eventually led her to Grand Island paralegal Crystal Schott. The two met in early 2020 to go over a timeline of Breanne’s debt.

“It was horrific just explaining the kinds of things that caused my debt,” Breanne said. “I remember feeling super shameful, like no one would ever understand and that she for sure was judging me. But throughout that time, I found that she was actually rooting for me.”

A month after the meeting, Breanne was clean and doing her best to move on, with Crystal’s help. They continued to meet and worked through the bankruptcy process together, under supervision of Lincoln attorney Lea Wroblewski. Crystal doesn’t always meet so regularly with clients, but this was a special circumstance, and Breanne was able to share her sobriety journey along the way.

“Her support truly was exactly what I needed because the debt that I was in, some of it was what I had caused and some of it was from trauma,” Breanne said. “To have her support and walk through it – it just helped me close that book.”

Lea noted how vital the relationship between the client and paralegal can be when dealing with sensitive legal issues.

“Sometimes shame can interfere with a client’s case because they’re too embarrassed or overwhelmed to turn in necessary documentation,” Lea said. “While our Legal Aid paralegals are known for their professionalism and accuracy, it’s the compassion shown in cases like this that makes me feel good about the work that we do.”

Crystal, who has been with Legal Aid for 18 years, knows the importance of making clients feel comfortable, especially with bankruptcies.

“Bankruptcy and divorce are hard things – it’s kind of like a death,” she said. “Bankruptcy sometimes makes people feel like a failure. I don’t want them to feel worse about themselves. I want to help them.”

About a year after she initially contacted Legal Aid, Breanne has completed her bankruptcy and paid off all of her fees, thanks to Crystal and Lea’s work on the case.

“It makes me feel like I don’t have to be afraid to answer phone calls,” Breanne said. “Or worry about what I’m going to say when the bill collectors call. Just closing that gave me a way to breathe again and have a nice fresh start.”

Today, Breanne is learning life skills that she once thought weren’t possible.

“I practice commitment – it’s important to take care of yourself. It sounds stupid because most adults know how to do that but I truly lived in chaos my entire life. I never saw the importance of going through my bills and paying what’s first. It’s been so imperative to me to practice that budget and to follow through with it.”

This past summer, Crystal received an unexpected letter from Breanne. It read, in part: “Going over and explaining my instability should have been embarrassing but your kind heart and words were encouraging. I feel hope when I talk to you.” The note was overwhelming for Crystal.

“I was trying not to cry,” she said. “I thought that was very sweet of her. It was a very good feeling to hear that you made a difference to someone.”

Even so, according to Crystal, she was just doing her job.

“I feel that’s what I’m here for,” she said. “I see myself as a helper; I want to help people. I don’t give legal advice but I help them through the process.”

“While our Legal Aid paralegals are known for their professionalism and accuracy, it’s the compassion shown in cases like this that makes me feel good about the work that we do,” Lea said.

After everything she’s been through, Breanne has some advice for those thinking about contacting Legal Aid.

“I would tell them to put their shame behind them,” she said. “If they’re ready to make that new start, it’s not a bad thing to ask for help. In fact, it’s a strength; you don’t have to be alone in it. They’re wonderful people and they’ll walk beside you every step of the way.”

Nebraskans needing help with a bankruptcy or other debt-related legal issue should call the statewide AccessLine® at 1-877-250-2016 or apply online at www.legalaidofnebraska.org. 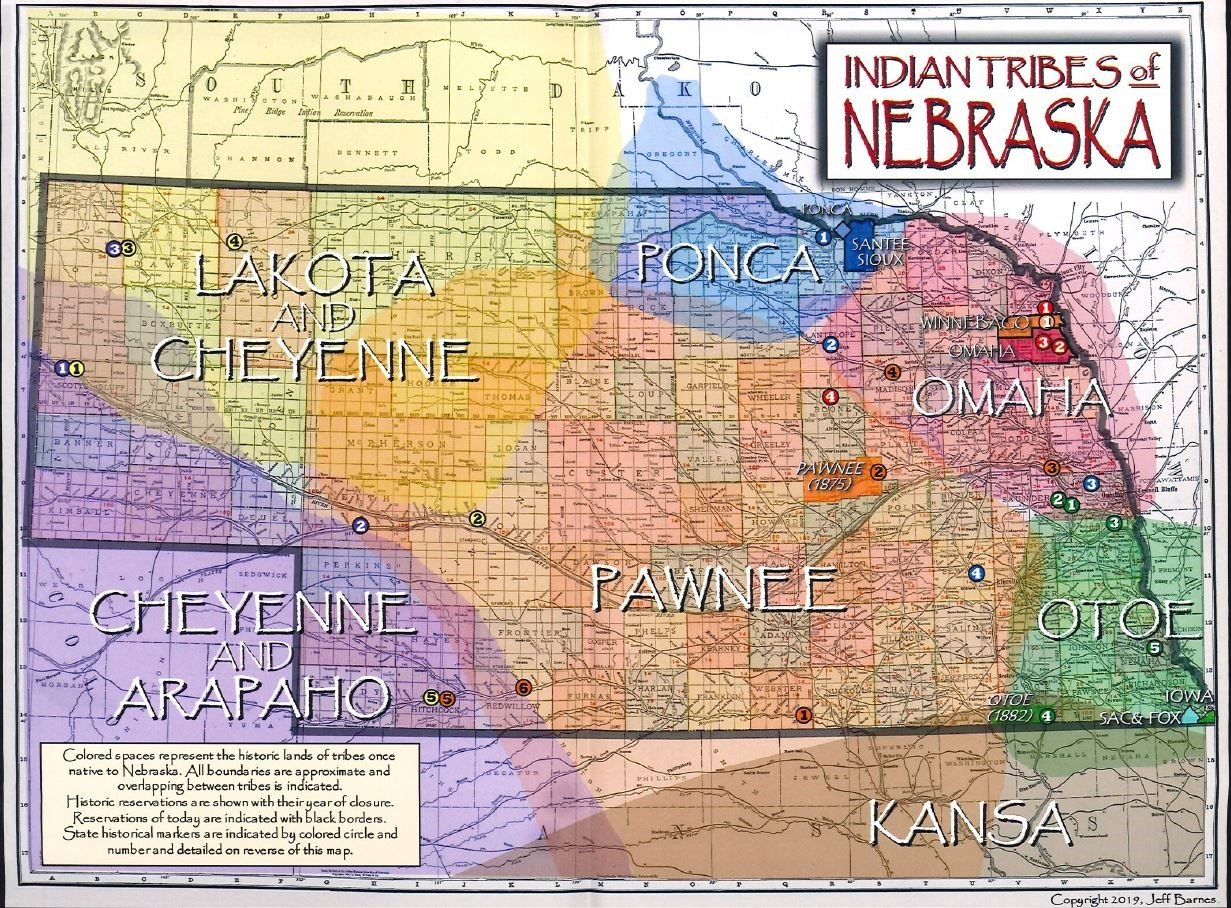 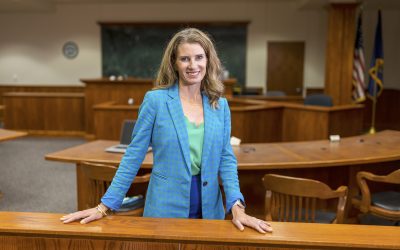 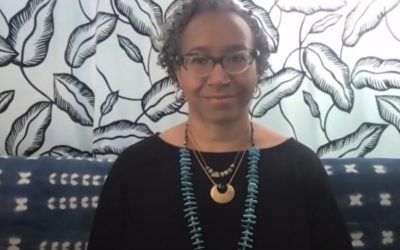 A Legal Safety Net in Times of Crisis

During this unprecedented health crisis caused by the Covid-19 pandemic, Legal Aid of Nebraska continues to deliver justice to our clients. Our physical offices are closed, but we remain open and will continue to provide legal services remotely.